Front Line Harbour: A History of the Port of Dover Anthony Lane 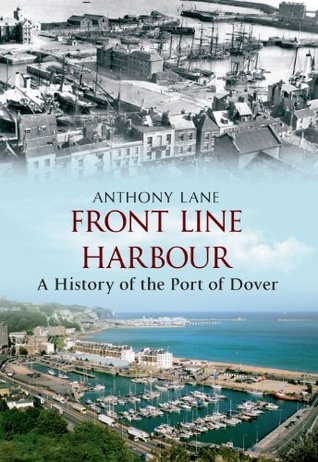 Made famous by its position, the port of Dover has proved of great importance to the nation in war and peace over many centuries. A Roman stronghold, it became a major Cinque Port after the Norman Conquest. Following the murder of Thomas Beckett at Canterbury in 1170, it became a place of transit for many pilgrims, encouraging Henry II to improve the remarkable castle we know today.

Henry VIII and Elizabeth I made great efforts to improve the often threatened harbour, where, in 1660, Charles II returned to Dover to re-establish the monarchy. In the past, in peacetime, the town welcomed monarchs and statesmen from all over the world who arrived by sea.

The Admiralty Grand Harbour provided a base for the Dover Patrol and a receiving station for more than a million wounded in the First World War. Similarly, in 1940, the major part of the British Army retreating from Dunkirk was landed at Dover. This highly illustrated book describes the development of the harbour over the last 500 years and its associated shipping activities, commercial and naval, particularly the cross-Channel ferries, which have considerably increased in size and number in recent times to cater for the enormous number of passengers, cars and trucks which nowadays cross to and from France.

Dover remains on the Front Line in road communications with Europe.

Comments
Comments for "Front Line Harbour: A History of the Port of Dover":