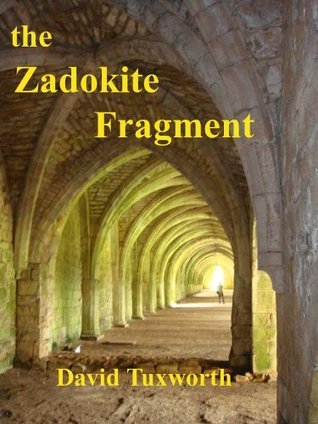 Their search takes them on a journey into the distant past, from the archives of the medieval chancery rolls and the letters of the abbots of Fountains Abbey through to the strange inscriptions they find carved into the walls of the monastery itself. Their quest takes them from Fountains Abbey and onto the great monasteries of Jervaulx and Rievaulx and later northwards to the windswept coast of Argyll.

Yet their efforts bring them into a web of infinite danger as it becomes apparent that others are searching too, powerful, ruthless people, hidden in the background and who are willing even to kill to find the secret of the code, echoing times long since dead.With the help of the trusted Father Peter Ratcliffe, the chaplain of York University, they delve deep into the history of Fountains Abbey, yet the more they search the more they fear for their very lives, a fear that was foreshadowed over four and a half centuries ago by the gruesome execution of its quondam abbot, William Thirsk.Dear reader, in reality all the clues from the archives that Michael Davison and his companions discover do actually exist, from the Close and Patent Rolls of Edward the First through to the letters of Abbot Marmaduke Bradley and the unfortunate Abbot Thirsk, both of Fountains Abbey.

They can be found in the National Archives at Kew, the British Library and the Bodleian Library at Oxford. The ancient writings known as the Zadokite fragments and can be found in the archives of Cambridge University. All the inscriptions on the walls of Fountains Abbey, the inscriptions that were used in Andrew Sinclairs strange code, are still there today, carved into the monasterys silent stones for all to see ... provided one knows exactly where to look.Journey back into history and travel with them as they search and try to find the meaning of the Zadokite Fragment.

However, please be warned- the past is just as frightening as the future.Browse through the books website at: https://www.david-tuxworth.com

Comments
Comments for "The Zadokite Fragment":