The Plains of Aamjiwnaang: Our History David D. Plain 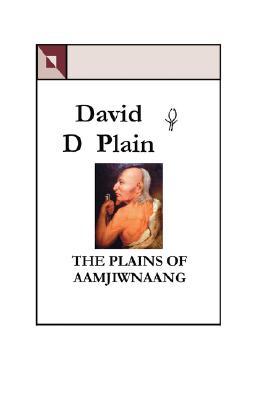 Aamjiwnaang is the name the Saulteux Band of Ahnishenahbek (Chippewa) gave their hunting territory that encompassed both sides of the St. Clair River and the adjacent lands in the southern part of Lake Huron. The book focuses on four generations of Chippewa chiefs beginning with Young Gull who led a group of Saulteux people south from Lake Superior in the first decade of the eighteenth century. Young Gulls son Little Thunder, grandson Red Sky, and great-grandson On The Plain subsequently played important roles interacting with the French, the British, the Americans and other First Nations allies.

Events cascade from one historical episode to another... from the establishment of Fort Pontchartrain (Detroit) through the French and Indian War, Pontiacs Rebellion, the American Revolution, the Indian War of 1790-95 and the War of 1812. The book describes such famous characters as Antoine de la Mothe Cadillac, Generals Montcalm and Wolfe, Pontiac, George Washington, Daniel Boone, Mad Anthony Wayne, Sir Isaac Brock and Tecumseh.

Participation in such famous battles as Fort William Henry, Fort Necessity, Blue Licks, Fallen Timbers, Frenchtown, Detroit and Moraviantown are vividly described and the consequences on the Chippewa are well researched. The book culminates with the coming of the missionaries, the signing of land surrender treaties and the ensuing paternalistic reserve era.

Comments
Comments for "The Plains of Aamjiwnaang: Our History":